Reasons and solutions for ewes' refusal to suckle lambs 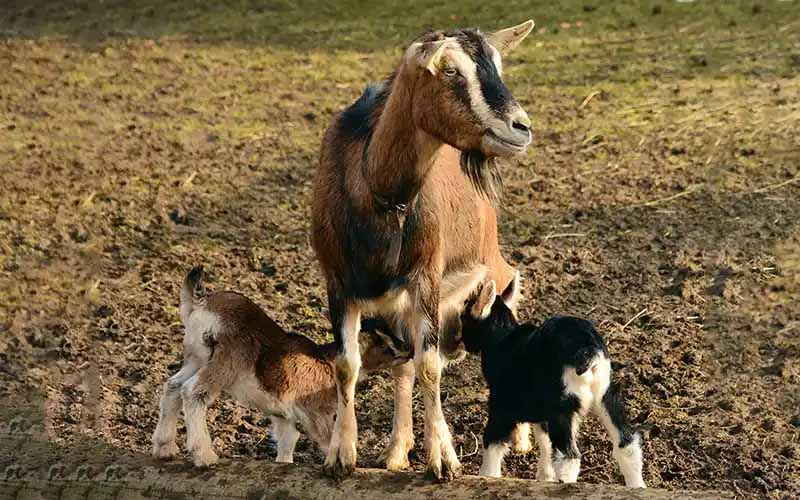 The main nutrition of lambs needs to be ingested from breast milk after birth, but some ewes refuse to feed the lambs, which makes the farmers a headache. If the lambs cannot get enough breast milk, it will seriously affect normal It grows healthily and is very likely to die from infection. So what is the reason why the ewe does not let the lambs milk? How to solve this problem?

Solution: Ewes lack milk or lack of milk. Improve the feeding and management of ewes. If possible, they can be kept in captivity, minimize grazing, and feed more protein-rich and easily digestible concentrates. Lambs should be introduced and fed in time to reduce the burden of breastfeeding.

Ewes suffering from mastitis, local heat and pain in the breast, will refuse to breastfeed the lamb, which is manifested as a significant decrease in milk volume, thinner milk, and flocculent clots in the milk, sometimes pus, and even blood In severe cases, in addition to local symptoms, there will be symptoms of increased body temperature and loss of appetite.

Solution: When the ewe suffers from mastitis, it should be treated in time. The milk is first squeezed, and then penicillin and streptomycin are injected through the nipple hole. If the expressed milk contains more thick juice, you can inject a low-concentration disinfectant, and then inject a mixture of penicillin and streptomycin after squeezing it out until the inflammation disappears and the milk is normal.

Ewes with different birth periods are mixed in a pen. Older lambs rob the young lambs to suck their mother's milk. As time goes by, the ewes will refuse to breastfeed the lambs.

Solution: In this case, due to the impact of improper management, farmers must have dedicated lamb breeding rooms, and lambs of different ages must be reared separately to prevent older lambs from snatching milk from young lambs. Once discovered, it should be stopped in time, and the older lambs that have been repeatedly banned can be divided into pens and grazing to make them change this vice.